Transforming the Western Cape taxi industry: “We are not taxi bosses, we are business people”

Home » Transforming the Western Cape taxi industry: “We are not taxi bosses, we are business people”

The Western Cape minibus taxi industry is in the midst of a ground-breaking and transitional makeover, one which has the potential to be the blueprint for transformation in this crucial public transport service nationally.

The province is the first in South Africa to embark on such a campaign and its aim is to reimagine and refocus an industry that has a history of conflict and in-fighting.

The major challenge in the taxi industry is that it mainly operates informally, unprofessionally and is unregulated.

At a recent event in Cape Town to announce the formalisation of business structures in the province, several key role players within the industry gathered with provincial government officials and RACS (Resolve and Change Systems), which has been facilitating this sea change.

This initiative will aim to help the industry forge new business partnerships, provide a safer transport service underpinned by an improved service for customers by adopting key interventions.

The seed for this process was planted during Covid-19 – the taxi industry put up its hand when the provincial government found itself hamstrung by a lack of transport for its essential workforce, especially nurses.

Thousands of nurses were ferried to and from work by minibus taxis under the Red Dot umbrella programme set up by the provincial government.

It allowed taxis with the Red Dot branding to move about freely during the lockdown when transporting essential workers.

This programme was then stepped up a level and the Blue Dot campaign kicked off – taxis with the Blue Dot livery were fitted with tracking equipment which fed into a database from where crucial information like a driver’s behaviour on the road could be gauged through key metrics.

The aim of Blue Dot was to formalise, professionalise and regulate the industry through an incentive payment based on driver performance. If the driver adhered to the Blue Dot performance criteria this would lead to improved driver behaviour and safety measures.

The Blue Dot taxis also gave commuters the opportunity to rate their experience on any given trip.

The initiative had also made a significant impact on over 500 participating taxi owners. These achievements included:

*Operator and driver compliance: All participating taxi owners are tax compliant, their vehicles are roadworthy, and their drivers have a valid PRDP;

*Businesses are able to be sustained: During the pandemic, there was little use for public transport due to lockdown. Many taxi owners lost their vehicles. Due to Blue Dot, taxi owners could cover their vehicle costs and continue to operate and employ staff;

*Improved safety on the road: Several participating operators have earned an incentive which means their drivers are driving more safely; and

Around a million people in the Western Cape use minibus taxis every day and to continue to serve this community and to grow this base, the industry, together with provincial authorities and RACS have been working toward a service that is safer, more reliable and ultimately one that is run like a formal enterprise.

At the event, aptly titled Geared4Change, eight companies were unveiled:

Through the project, these companies have been able to set up offices and most have established operational centres.

The companies are structured and aim to adhere to good corporate governance standards.

They have adopted sound financial management and business principles and to improve compliance and performance management, around 800 vehicles were branded, fitted with a tracker and checked for safety.

These business entities will fall under the umbrella of UTS (Umanyano Travel Services), which, as part of this process, is the newly minted business arm of SANTACO (South African National Taxi Council).

Mandla Hermanus, UTS chair, pointed out that it was Mac Maharaj, the country’s first Minister of Transport at the advent of democracy, who had listed as one of his goals in 1994 to “formalise the taxi industry”.

Hermanus acknowledged how long it had taken the industry in the Western Cape to arrive at this juncture and emphasised that this was a historic moment not just for the industry, but the country as a whole.

This newfound cooperation between the industry and the provincial government heralded a change in attitudes on both sides, said Hermanus.

“The previous executive of SANTACO drove formalisation processes and UTS was born out of this process. Formalisation means enhanced accountability.

“We also want to move away from the term ‘taxi boss’ because we are business people. We have among us in our ranks B.Com graduates.”

Hermanus said that formalisation also meant that “we [the industry] must change the narrative and stay within the law”.

Through the Blue Dot project taxi drivers and owners were able to closely observe driver behaviour  and improve safety and driver behaviour – all of which have positively affected all aspects of the day-to-day operations, from the passenger experience to the maintenance of the vehicles, he said.

“We want to change and we are changing. We must push for us all to be on the same platform, so we can track all of our drivers.

“We are serious about the formalisation of our processes. UTS, for example, has gone through an auditing process and received a clean bill of health.

“The future of the industry is not associations, but companies who have shareholders,” said Hermanus.

He had previously urged the Western Cape government to extend the Blue Dot project as it had yielded positive results across the industry.

Pastor Ivan Waldeck, representing Northern Region Transport Solutions at the event, said the minibus taxi industry had always been open to everyone, “whether you’re from the streets or someone who has an education”. He lauded this collaborative effort.

“Blue Dot has breathed fresh life into the industry.”

Lesley Sikhupela, representing Shanike Investments, conceded that those in the industry had historically been averse to change, but that this initiative had transformed hearts and minds.

“We taxi people are not good with change. We like the tried and tested. Blue Dot for one has changed this.

The Western Cape government’s chief director of transport operations, Deidre Ribbonaar, lauded the industry for having gone through a game changing metamorphosis.

Ribbonaar was confident the partnership would set the industry on a fresh path and would help build on the relationship between the provincial government and the industry.

“The taxi industry put up its hand during Covid. The Blue Dot has already shown a remarkable change in the industry.”

RACS partnered with the minibus taxi industry and assisted with the transformation and setting up of the eight companies with the aim of turning them into reputable brands.

RACS chief executive officer Craig Arendse emphasised the collaborative effort from the industry, government and itself in getting the industry to this seminal moment.

“This is a partnership for change. The shift we are working towards is about a safer and more reliable service for everyone.

“We are making public transport a priority in our communities.’ 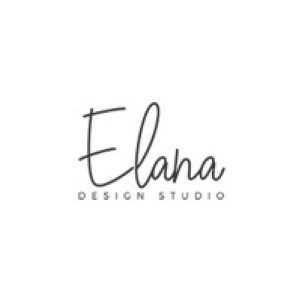